Are we alone in the universe?

The Bible is silent on the subject of extraterrestrial life, but many believers and unbelievers are not. 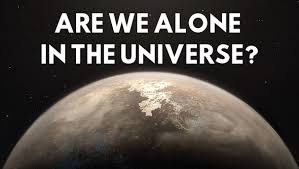 “Exotheology” is the term used to describe the theological issues raised by the possibility of life on other planets, and it has become a hot topic in recent years.

In light of the Bible’s silence, Christians may have a variety of opinions regarding alien beings, but those responses ought to reflect what Scripture does say about life in general.

First, the heavens declare the glory of God.  The cosmos, and everything in it, bears witness to his majesty.

Scripture reveals that God calls each of the stars, and each one of us, by name.

He is the author of life in all of its forms.

Second, God has bound us to his word and his means of grace, but God himself is not bound.

Third, the claims of Christianity are not earth bound, but cosmic in scope.

Jesus died to redeem all creation, and if intelligent life is discovered elsewhere, our response would be the same as it has been down through the ages:  to evangelize, to share the love that God has revealed to us through the life, death and resurrection of his Son Jesus Christ.

Fourth, the belief that there has to be life on other planets is not based on observable evidence but on an unproven and unobserved assumption:  that life arises spontaneously from non-living matter.

From that unproven assumption it is further assumed that since the universe is vast and the number of habitable planets is supposedly large, the odds are overwhelming that intelligent life exists outside our solar system.

But what if we start with a different assumption—an observable one--that life arises solely from life?  That ultimately points back to a Creator.   Since life would have to arise from his creative activity alone, it is just as logical to assume that intelligent life is limited to earth as it is to assume that it must exist throughout the universe.

Finally, there is the Fermi Paradox, named after physicist Enrico Fermi.

The paradox is the apparent contradiction between the high probability of numerous advanced alien civilizations and the complete lack of evidence for the same.

At lunch in Los Alamos back in 1950, Fermi sat with other scientists discussing a cartoon in The New Yorker which showed cheerful aliens emerging from a flying saucer.

That prompted Fermi to ask, “Where is everybody?”

Based on the assumption that life arises from non-living matter, the universe should be teeming with evidence of other civilizations, many of them far more advanced than our own.

The Drake Equation, named after astronomer Frank Drake, predicts that the number of civilizations in our galaxy whose radio signals we might be able to detect would be in the thousands.

And yet, after decades of searching, we hear nothing.

That does not mean that extraterrestrials do not exist; it means only that we have no evidence for their existence.

However, the existence of extraterrestrial life has become almost an article of faith among many in the scientific community.

The belief that life must arise from non-life virtually requires the existence of extraterrestrials.

The thought that we might be alone in the universe seems unbearable to some, and it points to a need deep within all of us, the need for transcendence, the longing for contact with someone or something beyond ourselves, which is really a religious need.

While we lack evidence of alien civilizations, there is strong evidence that we have been visited by someone not of this world, someone who loves each of us enough to have already initiated contact with us, not in a threatening way, but in a gracious, forgiving way.

The Hebrew prophets predicted him, and he fulfilled their words by dying and rising from the dead.

He is as near as your Bible and he is as close as his people who gather every Sunday to hear his words spoken by faithful ministers.

Perhaps we are not alone after all.